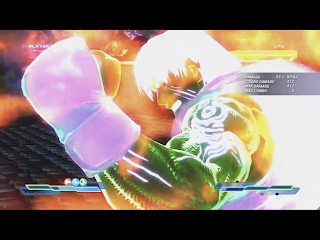 After all the build up, Capcom has released the Street Fighter x Tekken 2013 patch on PSN and Xbox Live. Get the lowdown on the download size of each version as well as links to change information inside.

Capcom has wasted little time getting the free Street Fighter x Tekken (SFxT) 2013 patch out when it was due. The 1.08 patch is available now (Jan. 29) on PSN and Xbox Live. PS3 gamers were able to dive into the upgrade first yesterday.

SFxT 2013 was announced at the New York City Comic-Con event back in October. Since that time, Capcom has been updating gamers nonstop on what they could expect from the patch. If you never caught up with what these changes entail, we've got you covered.