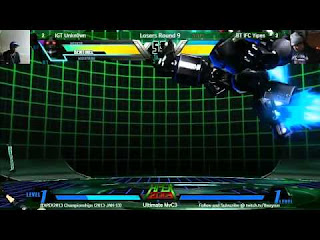 Apex 2013 is in the books. The event drew some of the biggest names in the fighting games community. Watch the top eight Ultimate Marvel vs. Capcom 3 finals inside.

The event saw UMvC3's very best such as Chris G, F. Champ, MarlinPie, Yipes, and a slew of others. In the end, only one man reigned supreme. Click here to see the Apex 2013 results.