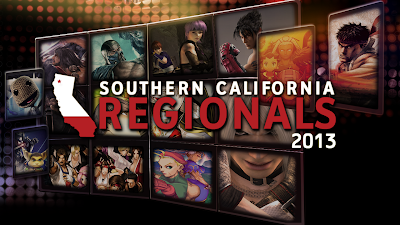 That's a wrap. The 2013 Southern California Regionals are over. Find out who took home the top prizes in fighting game competition inside.

SoCal Regionals 2013 took place this past weekend (Jan. 18-20) from the University of California in Irvine. There were a ton of fighting games that held tournaments. From Super Street Fighter IV: Arcade Edition 2012 (AE 2012) to PlayStation All-Stars Battle Royale (PSASBR), this year's SoCal Regionals had it all.

With this being part of the "Road to Evo" series, the big boys came out to play. Elite talent such as Infiltration, PR Balrog, NYCFab, Romance, Justin Wong, Chris G, and others played for a first place finish.

The bullseye was set on Infiltration who has been taking AE 2012 by storm and Chris G who's been dominating Ultimate Marvel vs. Capcom 3 (UMvC3) competition. Both players made it to the grand finals of their respective game, but only one could claim first place.