SFxT DLC and 1.06 patch approved by Microsoft, "mishap" of Steam files to blame for delay 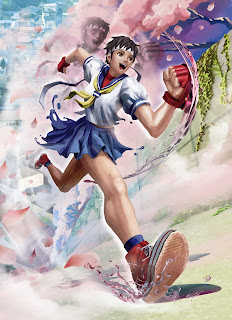 Sakura and the rest of the Street Fighter x Tekken DLC characters are still chasing the PC version of the game. While the 1.06 patch and DLC are ready to go, there's still a delay. Find out what the holdup is inside.

Seems like Capcom should've taken that left turn at Albuquerque.

The Street Fighter x Tekken (SFxT) DLC characters and 1.06 patch have been available for the Xbox 360 and PS3 since the summer 2012. Unfortunately, PC gamers still haven't had the chance to nab the extra content. So what's the holdup?

Capcom Vice President Christian Svensson took to the Capcom-Unity boards to explain the current situation. Here's what he said.

"I just asked Derek for an update and here's what he sent:

The 1.06 PC Patch (and associated DLC) is approved by Microsoft (MSFT) and ready to go. However, in order to actually release it, we need to simultaneously release on both GFWL (Games for Windows Live) and Steam. And for that, we need the signed .cat and .cfg files from MSFT for the Steam version. They haven’t sent them yet; they tried last week, but there was a 'mishap.' We should have them any day. That’s the only thing holding up release at this point.

The 1.07 and 1.08 patch source code was just received after the holidays, and Q-LOC is currently working on integrating it. 1.08 is the 2013 re-balance patch, which hasn't made it to consoles quite yet. No ETA on these until after 1.06 is live."

SFxT wasn't released for the PC until May 2012. The game had made a March debut on consoles. Usually Capcom takes longer to release content for their games on the PC, but this is probably beyond what most were expecting.

And that's not a good thing, doc.
Posted by Fernando Quiles Jr.