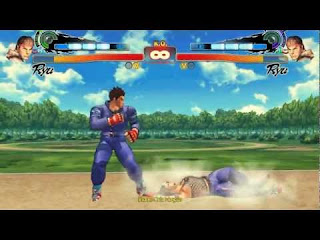 The PC mods for Super Street Fighter IV: Arcade Edition 2012 keep rolling along. This time Batsu replaces Ryu's model to join in on the fun.

Super Street Fighter IV: Arcade Edition 2012 (AE 2012) has had a strong following on the PC. Top players do indeed play on the PC such as Alioune Sensei. It's this drive that has helped keep the PC version of the game active.

Let's not forget about the creative mods as well. PC mods are nothing new to gaming, but the level of creativity and visionary eyes keeps increasing. If you needed proof of this, take a look at one of the latest AE 2012 mods.

Daniel Ortiz Vargas has posted gameplay footage of new-mugnelove100's Batsu mod. You can download the mod here. Batsu is a character from Rival Schools. The game was released in Arcades in 1997 and consoles in 1998.

Here is a Batsu mirror match.