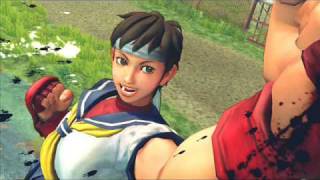 Could fighting game developers and players alike reap the benefits of the free-to-play market? Capcom's Tomoaki Ayano believes there is some potential.

Since Namco Bandai and Tecmo Koei revealed they would be dipping their toes in the free-to-play market with fighting games, the community has been wondering if developers and publishers would be taking this route more often. While the free version of Dead or Alive 5 Ultimate won't be released until Sept. 3 in North America, Tekken Revolution has been out since June.

With two big publishers going the way of free-to-play, it was only a matter a time before Capcom would be pressed with this topic. Street Fighter producer Tomoaki Ayano has responded to those questions (via GameSpot) and it appears he is optimistic about the opportunities the market can bring.

"How the genre will evolve and grow in the next five years is a huge, important topic of discussion. Just by looking at this year’s E3, you can already see proof that different developers are starting to experiment with other business models, such as free-to-play. Free-to-play will certainly be an important scheme moving forward, and has the potential to bring in a great deal of new players. A larger player base will increase the total number of high level and professional players as well, and players and spectators alike will be able to enjoy even more compelling tournaments and matches. I want even more players to experience and enjoy fighting games, so I agree with this general direction. There is a lot of untapped potential in the market that we have yet to discover."
Posted by Fernando Quiles Jr.