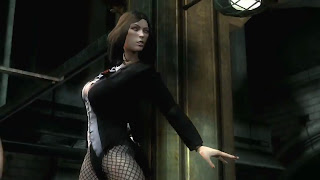 Zatanna is coming to Injustice: Gods Among Us on Tuesday. To celebrate, NetherRealm will be streaming live gameplay of the upcoming DLC character the day before.

The official Facebook page of Injustice: Gods Among Us has revealed that a gameplay stream of Zatanna will be airing on Monday (Aug. 12) at 9 p.m. ET. This is being done due to the success of the Martian Manhunter stream. FightVG will post the live feed on our homepage before it airs.