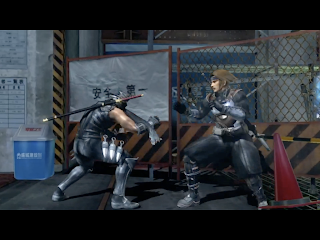 Tecmo Koei is trying to make waves in the freemium universe. Dead or Alive 5 will have a free to play version.

Team Ninja, developers of Dead or Alive 5 (DoA5) has revealed the game is going the freemium route on PSN. The free to play version will be available in North America, Japan and Europe. (via Siliconera).

Dead or Alive 5 Ultimate: Core Fighters is the name given to the free version. Kasumi, Ayane, Ryu Hayabusa, and Hayate are the four playable characters available from the start. Unlocking other characters will cost $3.99 each. If you wish to access the game's story mode, you'll have to shell out $14.99. Every other mode will be available for free.

That means even the multiplayer.

Those in North America looking to take advantage of the free version of DoA5 can do so on Sept. 3. European gamers will have to wait until Sept. 9.

Tecmo Koei is looking to see if an Xbox 360 version is feasible.
Posted by Fernando Quiles Jr.