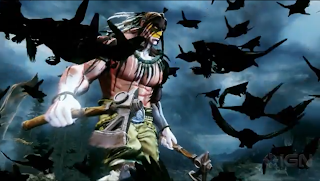 Chief Thunder is coming to Killer Instinct for the Xbox One. Watch the reveal trailer inside.

Look who's coming back.

In the clip, Double Helix developers talk about how vital it was to design Chief Thunder in a way that makes sense in modern times.They also say the decision to include the character was made at the start of development of the game.