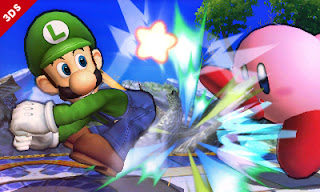 Not a fan of outlines in Super Smash Bros. 3DS? Well here's some good news. You will be given the option to remove them.

Out with the lines.

Super Smash Bros. director Masahiro Sakurai made another trip to the Nintendo Miiverse with some news. He has confirmed that the outlines seen in Super Smash Bros. 3DS can either be thinned or removed entirely.

"Pic of the day. I guess we haven't shown the Villager or the Wii Fit Trainer on the 3DS until now. By the way, their outlines can be made thinner or made to disappear completely."

Below is a picture of the Wii Fit Trainer and Villager with outlines present.