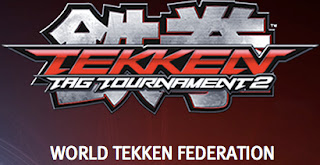 The World Tekken Federation service is set to close down this month. Namco Bandai's Katsuhiro Harada wants to keep the service running, but is asking for help.

On Sept. 1, the World Tekken Federation (WTF) is scheduled to be shut down. The service is only available on the Xbox 360 and PS3 versions of Tekken Tag Tournament 2. Should the termination of service go as planned, Xbox 360 and PS3 gamers will have to truck on without keeping track of their progress like Wii U players have been doing.

There is a chance that WTF survives. The head honcho of the Tekken series Katsuhiro Harada went on Twitter to reveal that Namco Bandai doesn't want to end the service. He's asking fans for some help.

We don't want shut down WTF service. We will do our best... but we need your support.
— Katsuhiro Harada (@Harada_TEKKEN) August 19, 2013


WTF is able to track stats, allow team creation and provide ghost downloading. Replay searches and replays are also a crucial part of the service. Should WTF come to an end, these features will be gone.
Posted by Fernando Quiles Jr.