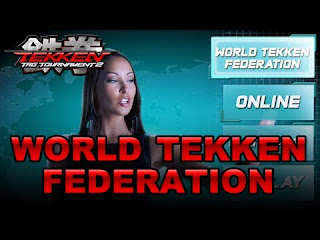 The World Tekken Federation is coming to a close next month. While many fans don't want to see it go away, Namco Bandai has two solid reasons why it should go. Get the lowdown inside.

Once an idea praised for its attempt to bring more mainstream attention to fighting games, the World Tekken Federation (WTF) is expected to shutdown less than a year after its inception. Sept. 11, 2012 was the birth of WTF and Sept. 1, 2013 is likely to be its death date.

While Katsuhiro Harada is attempting to keep the Tekken Tag Tournament 2 service running, it may be too little too late. Those who have enjoyed WTF are questioning Namco Bandai's decision to end it. The answer hasn't popped up until now.

Tekken game designer Michael Murray hopped on Twitter to explain why the plug is being pulled.

I don't think ppl realize how much WTF costs to keep running. And not nearly as many active users as expected.
— Michael Murray (@mykeryu) August 21, 2013


Should Namco Bandai be unable to save WTF, they'll have to chalk it up as a failed attempt at something fresh in the fighting game scene. The service has been responsible for stat tracking, replays, ghost downloading and more.
Posted by Fernando Quiles Jr.