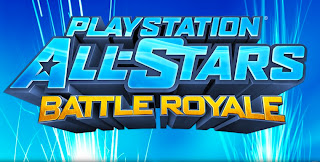 It's one and done for SuperBot as far as their tenure with Sony goes. Find out what this means for the future of PlayStation All-Stars Battle Royale DLC inside.

Well that was fast.

SuperBot president David Yang has confirmed to Kotaku that Sony ended their working relationship with the new private company that developed PlayStation All-Stars Battle Royale (PSASBR). That was the only game SuperBot completed since being founded in 2009.

With the sudden split, many may wonder if Sony and SuperBot were on bad terms. There may also be those who fear that PSASBR DLC is now dead in the water. The future of SuperBot may also look bleak to some. None are the case says Yang.

We have had a positive working relationship with this talented studio, and wish them the best of success in their next endeavor. PlayStation All-Stars: Battle Royale and the title's forthcoming DLC releases will continue to be fully supported by Santa Monica Studio

SuperBot Entertainment can confirm that the relationship with SCEA has ended on good terms. We are extremely grateful to have had the opportunity to work on with Sony on Playstation All-Stars Battle Royale, and are extremely proud of the work we have done.

SuperBot Entertainment will continue working on projects that reflect our passion for games and our commitment to creating award winning titles. We are very excited about beginning the next chapter of our future and invite all of our fans and supporters to follow our journey."
Posted by Fernando Quiles Jr.