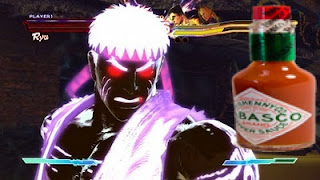 Sorry PC gamers, looks like Pandora mode will still be "weak-sauce" on the PC version of Street Fighter x Tekken for a while. See what Capcom's Vice President had to say on the 2013 patch that has been stuck in limbo.

Delay is an understatement.

Fans hoping for some clarity on the PC release of SFxT 2013 won't get one. Capcom Vice President Christian Svensson says it's too risky to give an estimated time of arrival (via Capcom-Unity).

"The team is working on it currently. We haven't provided an ETA given how long it's taken us in the past and how we've disappointed our consumers by given dates that it SHOULD have been completed in. Until we have a prop date, we're not going to even hint at an ETA."
Posted by Fernando Quiles Jr.