Injustice: Gods Among Us will not come to Xbox 360 in Japan 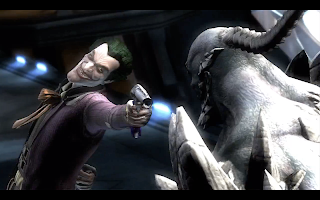 No sales, no game. Injustice: Gods Among Us is coming to Japan, but only for the PS3 and Wii U as the Xbox 360 console continues to struggle in the "Land of the Rising Sun."

Microsoft has got some thinking to do.

This should come as no surprise due to the poor Xbox 360 hardware and software sales in Japan. Other titles such as Metal Gear Rising: Revengeance are following the path of Injustice in the "Land of the Rising Sun."

It'll be interesting to see how Microsoft approaches the Japanese market when their next console is revealed.
Posted by Fernando Quiles Jr.