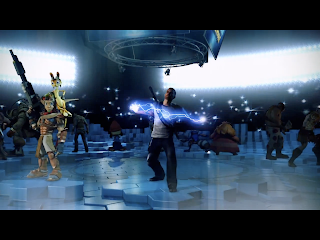 Sony Santa Monica's Seth Killian says something exciting is in store for fans of PlayStation All-Stars Battle Royale tomorrow. See his tweet inside.

That's what Sony Santa Monica's Seth Killian is promising with the news that'll be hitting PlayStation All-Stars Battle Royale (PSASBR) tomorrow (Feb. 27). While you may be expecting the news to be of the DLC costumes and minions (seen here), Killian has assured fans that something new will be revealed.

Killian took to Twitter to give fans the heads up.