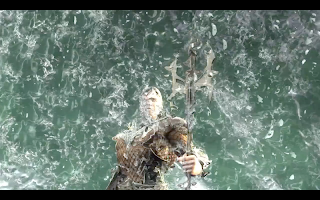 The third Injustice: Gods Among Us Battle Arena is underway. Fans can now vote on two new match-ups and the results will be revealed by the end of the week. Find out who's doing battle as well as more celebrity expertise inside.

Match-ups for Injustice: Gods Among Us Battle Arena 3 have been revealed. The first match sees Aquaman (pictured above) taking on Cyborg. Match two pits Green Lantern against Solomon Grundy. You can vote on who you believe has the edge in both bouts here.

The second Battle Arena event saw The Joker meet Lex Luthor and The Flash take on Shazam. Results from those matches can be seen here.

The announcement by InjusticeGame and celebrity expertise from Wayne Brady, Tara Strong, and Scott Porter are below.