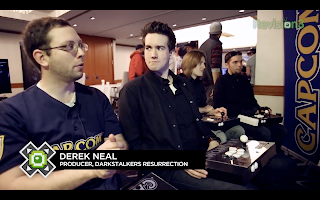 Darkstalkers Resurrection is just a month away. Rev3Games reached out to the game's producer Derek Neal to discuss what fans can expect when the compilation hits the PSN store and Xbox Live Marketplace.

On March 12 and 13, Darkstalkers Resurrection will be available on the PSN store and the Xbox Live Marketplace, respectively. The compilation will include Night Warriors: Darkstalkers' Revenge and Darkstalkers 3.

To add to it, HD visuals are featured. Online play goes beyond one on one as a spectator mode and replay sharing will also make its way to the upcoming fighter.

Rev3Games had a chance to meet with the game's producer Derek Neal to give fans the word on what more can be expected.