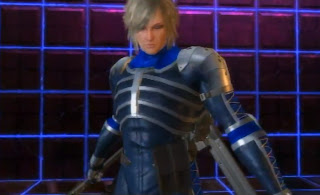 A balance patch for PlayStation All-Stars Battle Royale is on its way. See what the team at Sony Santa Monica had to say about the game's future inside.

It appears we have a pulse.

Those who thought PlayStation All-Stars Battle Royale (PSASBR) didn't have a prayer of receiving an update will have to think again. The team at Sony Santa Monica hopped on the official PlayStation Forums to reveal a balance patch is being worked on for the game. The patch isn't expected to be completed until at least this fall.

While pre-order costumes will become free, that's the last you will see of PSASBR DLC. There will be no future DLC characters or stages. Sorry Crash fans, it was never going to happen.

A fix for the title belt glitch is being looked into. The crew at Sony Santa Monica are "aggressively" looking for ways to fix title belts so that they are "correctly appropriated." Monthly seasons have also returned and Sony Santa Monica promises to remain active in the PSASBR community.
Posted by Fernando Quiles Jr.