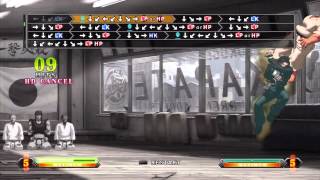 Nobody is perfect. Persona World purposely demonstrates this with an unedited video of Kyo Kusanagi trials. Peep inside to see the amount of headaches King of Fighters XIII can cause.


King of Fighters XIII trials aren't considered the easiest thing in the world. They are so intense that Vesper Arcade has given it a 10 of 10 on the difficulty scale when it comes to trials. Persona World proves that despite being a solid combo goer, there are still mistakes to be had. The video above shows unedited Kyo Kusanagi trials.
Posted by Fernando Quiles Jr.