Quick Tidbit: Divekick greenlit on Steam by the community 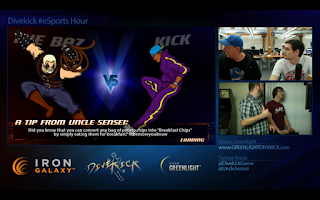 Some excellent news for PC gamers has come to light. Divekick has been approved through Steam's Greenlight program and will be available on the platform in the future.

Keits and the Divekick team have announced (via SRK) that their upcoming title has been greenlit by the Steam community. This means that Divekick will be available on Steam in the future. While the game will make its way to the PS3 and PS Vita on August 20, a PC date has not been confirmed.