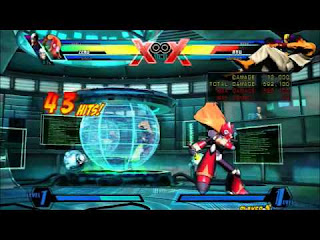 Has all hope been given up for an update to Ultimate Marvel vs. Capcom 3? Perhaps not. Find out why inside.

"After watching [Ultimate Marvel vs. Capcom 3] at Evo this year, we do have things here and there that could be balanced better. In terms of content, we don't really have any ideas about how to make the game better. Maybe we can make something happen. Maybe."

At San Diego Comic-Con 2013, Yoshinori Ono spoke on the possibility of an update to Ultimate Marvel vs. Capcom 3 (via Polygon). Back in April, Ono was boosted to Capcom's corporate officer position so now he has a say in the future of the 2011 fighter. Ono's words leaves the door open just a crack.
Posted by Fernando Quiles Jr.