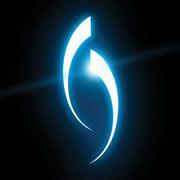 It appears Team AfterGlow Elite is sticking around. After questions of the team's future surfaced, PDP has got the answers.

AfterGlow Elite (AGE) hasn't been looking too good in the public eye lately.

Questions arose about the team's future in the fighting game community after their team manager, Sebastian "OneHandedTerror" Jennings parted ways. Things didn't go any better as Fanatiq implied that he too had left the team and Chris G gave AGE a big "sigh."

Despite the negativity that has surrounded the team, there is still good news to share. PDP's Candace took to Facebook to reveal the current status of Team AGE. Looks like the swan song will have to wait its turn to be played.


"PDP has been a longtime supporter of competitive gaming and we're proud to say that Team AfterGlow Elite (AGE) is alive and fighting, and ready to compete at the next tournament. We will be refocusing the team to ensure our winning efforts and will continue supporting the Fighting Game Community with players like Fanatiq, Chris G. and Romance with others to be named moving forward."

There has been no word on if top player, Flash Metroid is one of the "to be named" players that will continue to receive support from AGE.
Posted by Fernando Quiles Jr.