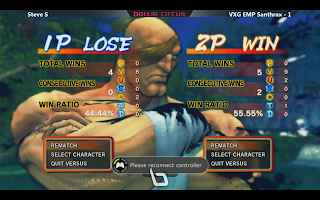 Before VxG 2013, the 29th Next Level Battle Circuit event took place last night. Find out who made a last minute statement inside.

The last stop on the road to paradise has concluded.

Last night's (July 24) Next Level Battle Circuit event in Brooklyn, NY was the final notable east coast tournament event before VxG 2013. Arturo "TS Sabin" Sanchez filled in for Sp00ky on streaming duties for the second straight week. Sp00ky has been on a break since streaming throughout Evo weekend with the exception of the Namco Bandai panel at San Diego Comic-Con.

There were a few well known players on the scene at Next Level. Sanford Kelly, RayRay, Tom Brady, Rico Suave and others were in attendance. The games on hand were the usual three (Super Street Fighter IV: Arcade Edition 2012, Injustice: Gods Among Us and Ultimate Marvel vs. Capcom 3).

Here are the top eight results for each game (via Challonge).