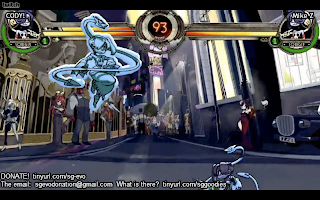 Skullgirls may have come up short on the Evo 2013 donation drive, but they still had a huge announcement to make. Squigly will be the game's first DLC character.

Though it was stalled due to a falling out with Reverge Labs, Skullgirls has its first DLC character on the way. Fans knew extra content could be on the way but they didn't know how long it would take. There was also curiosity as to how well the character would fit.

Here is footage of the character taken by GamersUnleashedX. Keep in mind the character is in its early stages and has not been completed.