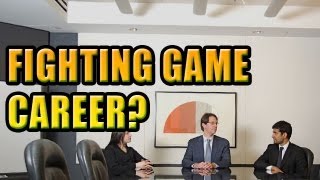 Fighting games and video games in general can be an addicting hobby. With websites such as Twitch and Youtube, as well as competitive tournaments, making a career out of fighting games isn't far-fetched. Peep inside to see Max's take on making money out of a hobby and passion.


Using Ultimate Marvel vs. Capcom 3 and Street Fighter x Tekken footage, Maximilian reaches out to the community on making money with fighting games. From tournament play to additional content and being presentable, Max covers various aspects of the potential of making a career out of fighting games.
Posted by Fernando Quiles Jr.