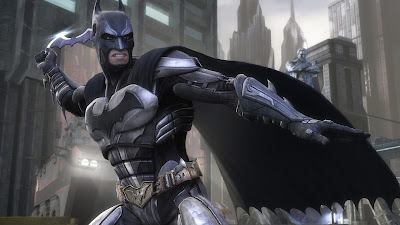 The release date for Injustice: Gods Among Us has been unveiled. The upcoming NetherRealm fighter is just three months away. Peep the official North American date inside.

Those calenders, mark them.

WB Games and NetherRealm Studios has revealed Injustice: Gods Among Us will be hitting North America on April 16. Europe will have to wait until the 19th of that month to get their hands on the fighter.

Not only has the release date been revealed, but so has the Battle Edition. Not only does this edition come with the Injustice game and exclusive skins for Batman, Superman, and Wonder Woman, but it also comes with an arcade stick. The Battle Edition will retail for $149.99

Here's an image of the Battle Edition.