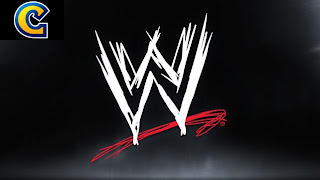 With THQ's expected collapse in full effect, fans are left to wonder who will take over their favorite franchises and licenses. If one thing seems apparent it's that Capcom won't be making a WWE title.

THQ has been a publisher drowning in deep water. Those three letters had published several big name titles such as the Saints Row series, the Darksiders series, UFC Undisputed and WWE games. With the UFC license already sold to EA Sports, THQ doesn't seem to have a solid relationship with WWE at the moment (via Dave Meltzer).

Knowing the shape THQ is in, many wonder who could step up and take the WWE license should it be up for grabs sooner than later. EA is considered a front-runner but what about a fighting game juggernaut? While it may not be the first thought that pops into your mind, Capcom fans are calling for the company to make a wrestling title by taking over WWE games.

A WWE and Capcom partnership could certainly shake things up in the video game industry but don't hold your breath. Capcom's Vice President Christian Svensson was asked on Capcom-Unity to take over the WWE license. He didn't give an answer enthusiasts want to hear.

"This is not something that is likely to happen if I were a betting man."


While some may think the idea of Capcom making a wrestling game is off the radar, it wouldn't be the first time they've tackled the sports entertainment field. One of the most popular characters from the Final Fight series and Marvel vs. Capcom 3, Mike Haggar, was playable in Capcom's 1993 wrestling game, Saturday Night Slam Masters. The following year Slam Masters 2 was released for Arcades.

The thought of Capcom making a wrestling game is an exciting one, but it probably won't happen anytime soon with or without a WWE license. With Capcom's barrage of Xbox Live and PSN arcade titles in 2012, maybe Saturday Night Slam Masters could see a remake with online play. It's a long shot but if fans are hoping for a new offering from Capcom on the wrasslin' side of things, that may be the best you're going to get.
Posted by Fernando Quiles Jr.