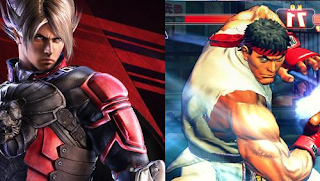 With all the buzz surrounding Tekken Tag Tournament 2 (TTT2), some news has surfaced on Tekken x Street Fighter (TxSF). While the game isn't anywhere near completion, progress is being made on the upcoming crossover.

TxSF producer, Katsuhiro Harada, spoke with The Independent to promote TTT2 when he was asked about TxSF. See what Harada had to say below:


KH: We’ve made some progress, a lot actually, not quite 10% but almost!