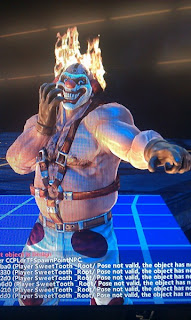 It was bound to happen.

Since late last year, rumors have surfaced of a Smash Bros. clone coming to Sony's PS3. Names such as Kratos, Drake, and PaRappa the Rapper were characters rumored for the title.

Third party characters will join the fray. Expect more announcements to be revealed in the near future. The PS3 exclusive hits North America during the holiday season.