An Introduction to the Skullgirls combo system by Desk 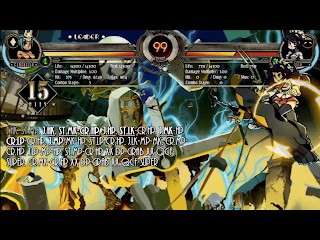 If it ain't broke, break it.

That's the motto Desk has stuck with every since creating his YouTube account. The uploader has been known as a Capcom fighting game breaker. He has tackled various fighting games such as Street Fighter x Tekken (SFxT) and Ultimate Marvel vs. Capcom 3 (UMvC3).

Now he has turned his attention to Reverge Labs' latest fighter, Skullgirls. The game has an infinite prevention system. Despite this, Desk shows how you can still put a hurting on your opponent with a long and damaging combo.

Watch Desk take you through the combo system after the jump.