TTT2 Producer: Story movies for each character will be much longer than Tekken 6 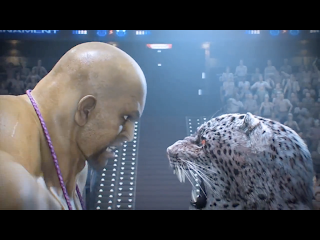 If there's one thing that fighting games have been lacking in, it would be a story mode. Stories in Street Fighter x Tekken (SFxT) are brief and they are non-existent in Ultimate Marvel vs. Capcom 3 (UMvC3). The only fighting games to really take note of this recently are Mortal Kombat 9 (MK9) and SoulCalibur V (SCV).

Namco Bandai hopes to improve Tekken Tag Tournament 2's (TTT2) story. One of the ways they intend to do this is by increasing each character's movie. See what TTT2 producer, Katsuhiro Harada had to say on Twitter below:


"We have one minute and 30 second to two minute 30 second story movies for each character (much longer than Tekken 6). Over 50 characters."