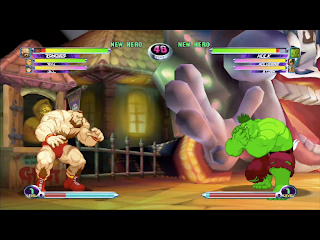 Take the "New Age of Heroes" with you on the road.

Capcom has revealed in a press release that Marvel vs. Capcom 2 (MvC2) will be making its way to iOS devices on April 25. Fans of the second installment in the MvC series can download the app for iPhone and iPod Touch.

MvC2 hit Arcades in 2000. The game later saw releases on the Sega Dreamcast and PS2. In 2009, the game landed on Xbox Live and PSN.