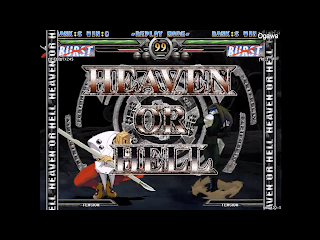 Back in February, Arc System Works revealed that Guilty Gear XX Accent Core Plus would make its way to PSN and Xbox Live. Now we know a little bit more.

Siliconera is reporting that Accent Core Plus will land on both online gaming services sometime this summer. The report says the game will have ranked matches and player matches. No word on if lobbies will make it in the final cut.

An exact release date and price has not been revealed.

Take a look at part one of FightVG.com's exclusive Guilty Gear feature where we take a look at the history of the series. Click here to see it.
Posted by Fernando Quiles Jr.