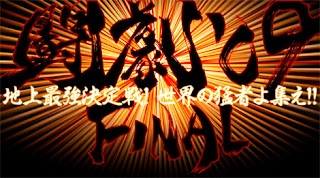 It's not exactly a case of the swan song, but the decision by Tougeki executives to suspend Super Battle Opera has to be alarming to the fighting game scene. Get details on the news inside.

The fighting game community (FGC) has been dealt a major blow. Today (March 28) the official Tougeki website reveals a decision has been made to halt Super Battle Opera (SBO) tournaments.

While the suspension is significant, it isn't exactly a surprise. Last year's SBO event was considered a disaster by many members of the FGC. Justin Wong noted the event had substantial issues with a number of Arcade machines (via EventHubs). The famous tournament goer claimed he would "never come to SBO again."

Perhaps no one will going forward.

Don't even get things started with SBO 2011. Banana Ken and his teammate Hsien Chang qualified for the tournament. Ken spent $2,000 on travel, food, and other expenses. Unfortunately for him and Chang, they had to compete to gain entry in the tournament they already earned a spot in (via TFA). They lost the match and were left with disdain for Tougeki executives.

The situation Tougeki executives put themselves in has caused them to pay the closest thing to the ultimate price. SBO's current reputation is a far cry from 2003 when the national tournament series made its debut. Once compared to the grandeur of Evo, SBO leaves (at least for now) as a shell of its former self.

Below is a picture with the statement left on the Tougeki website. Be sure to click on the image for a larger picture.