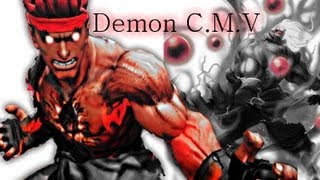 Akuma and Oni know a thing or two about being demons. In the world of Street Fighter, they bring more than just punishment. If it isn't death they seek, then they aren't seeking. Jump inside to see what that means.


It's safe to say that xPutrid Blood has a thing for evil characters in Super Street Fighter IV: Arcade Edition 2012. The combo enthusiast has been known for providing devastating Evil Ryu combos. For this go-round, Akuma and Oni smell blood in the water.
Posted by Fernando Quiles Jr.