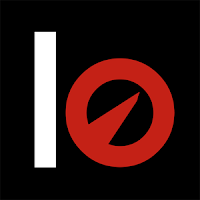 What started as a $150,000 goal has already turned into a huge success for Lab Zero Games. Now the developers of Skullgirls are offering the game's engine to Mane6 if they reach $725,000.

"Raising the bar" doesn't do this latest update justice.

Lab Zero Games announced on Twitter that should their crowdfunding efforts reach $725,000, they will offer the Skullgirls engine to Mane6, the company that was developing My Little Pony Fighting is Magic. Mane6 received a cease and desist letter from Hasbro, cancelling Fighting is Magic.

The developers enlisted the help of former My Little Pony producer Lauren Faust. The pairing will help mold new characters and environments to their upcoming fighting game. With the Skullgirls engine, the process would be quicker.

Big Band was funded along with his story and stage. As a bonus, a female announcer pack has also been funded. If Lab Zero Games reaches $725,000, they would well surpass their goals for a "Salty Parasoul" voice pack and a mystery DLC character including a story and stage for that character.

There are only 11 days left to pitch in. If you'd like to add to the crowdfunding, click here.
Posted by Fernando Quiles Jr.