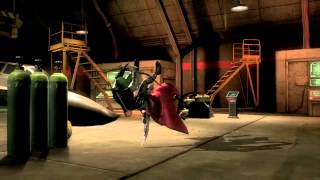 The results are in for the quarter finals of the Injustice: Gods Among Us Battle Arena. See who's advancing to the semifinals inside.

InjusticeGame has posted the Battle Arena quarterfinal results. Match-ups include Superman vs. Green Arrow, Batman vs. Wonder Woman, The Joker vs. The Flash, and Aquaman vs. Green Lantern.

Fans have been voting for who they want to see rise to the top of the Injustice: Gods Among Us Battle Arena. Their voices have been heard once again and this will not be the last time.

On March 29, fans will find out who will emerge victorious in the finals. Next Friday (March 22) will mark the semifinals. For now, here are the four quarterfinal bouts.