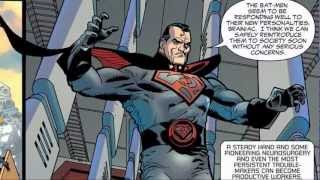 GameStop is now including the Red Son Pack as a pre-order bonus for Injustice: Gods Among Us. Watch their exclusive developer's diary video inside.

The Red Son Pack for Injustice: Gods Among Us has been getting a lot of attention. GameStop added to that by posting their exclusive developer's diary video. GameStop is making the content a pre-order bonus. You can make a purchase here.

This pre-order pack features skins for Superman, Wonder Woman, and Solomon Grundy. Twenty additional missions based off the Red Son story are also included. Last week's trailer revealed Gorilla Grodd in the background of a stage.