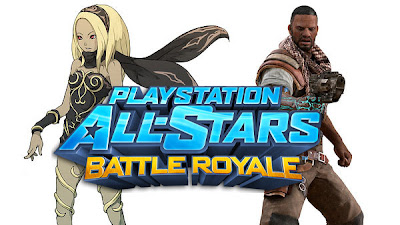 Not much is known about how Kat and Emmett Graves will play when they are finalized as free PlayStation All-Stars Battle Royale DLC. Sony Santa Monica's Seth Killian hopes to reveal more at SoCal Regionals.

Gravity Rush's Kat and Starhawk's Emmett Graves are expected to be released as PlayStation All-Stars Battle Royale (PSASBR) DLC in the near future. The DLC will be free, but how close we are to getting a release date is unknown. No one seems to have the answer.

Sony Santa Monica's Seth Killian is no exception. While he may know what goes on internally, he still doesn't have a concrete date for the release of the two characters. He remains optimistic that more details will be revealed soon and that we'll see them in action at SoCal Regionals.

"For everyone asking, hope to have solid release info for Kat and Emmett DLC soon. Hope to also have em at http://www.socalregionals.com"

SoCal Regionals will take place at the University of California in Irvine, CA Jan. 18-20.
Posted by Fernando Quiles Jr.