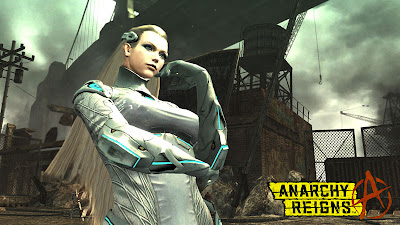 Anarchy Reigns is coming to North America in less than two days. FightVG.com is celebrating by streaming the game on launch day. Join us for a day of Anarchy!

Sega and Platinum Games are finally bringing Anarchy Reigns to North America. The game was released in Japan in the summer 2012. PS3 and Xbox 360 owners who didn't import the brawler will have their hands full soon enough.

While importers got their fill first, you can laugh in the face of those who purchased Anarchy Reigns for around $100 when you get it for only $30. That's a steal for a retail game in 2013, even if it's getting here a little late.

FightVG.com will be live streaming the game on launch day (Jan. 8). Super Smash Bros. tournament player and FightVG video content specialist Miguel Munoz will be hosting the launch day stream. You can watch it on Twitch.TV/FightVG or check back on our homepage for the stream link.

Like us at Facebook.com/FightVG and follow us at Twitter.com/FightVG to find out the time we will be streaming.
Posted by Fernando Quiles Jr.