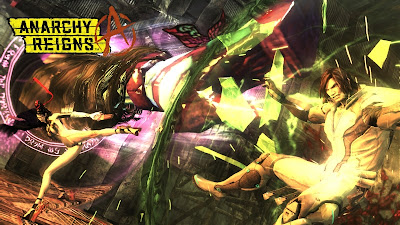 Anarchy Reigns is available now in North America much to the delight of patient fans. All is not well in the land of Anarchy, however. Find out why inside.

Anarchy does indeed Reign, but for the wrong reason.

If you pre-ordered the PS3 version of Anarchy Reigns and were expecting to play as Bayonetta on launch day, we feel your pain. Those who pre-ordered the game received a DLC code to unlock Bayonetta. PS3 gamers were in for a rude awakening when the codes could not be activated.

Many wondered when a response would come. Platinum Games reached out to consumers on Twitter.

"We are aware of the issue and are investigating, but you have to contact @SEGA or the digital download service for support."

The DLC voucher was also supposed to unlock two new game modes. Time will tell when the issue will be fixed but at least those with a code know that this isn't being ignored.
Posted by Fernando Quiles Jr.