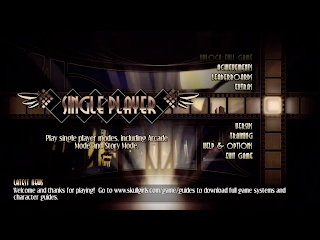 Skullgirls was released on PSN on April 10 and Xbox Live the following day. While the game has received praise from numerous media sites, not all is well. Reverge Labs has announced that they are working on a fix for the menu glitch.

The glitch occurs on the Xbox 360 only when plugging in a specialty controller. This includes steering wheels, guitars, etc ...

See the full statement from Reverge Labs after the jump.


"It has come to our attention that certain specialty controllers such as instrument peripherals, steering wheels, or flight sticks may cause issues with proper menu function in the Xbox 360 version of Skullgirls.

If you encounter any problems advancing through system menus while playing the game, disconnecting any non-standard controllers should allow you to play normally. An update to address this issue is currently in testing, and we apologize for any inconvenience this causes you in the meantime."