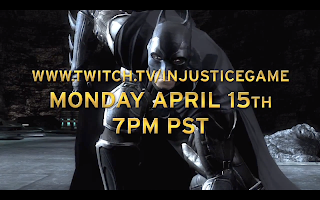 WB Games and NetherRealm Studios are saving the best for last with the Injustice: Gods Among Us Battle Arena finale. Watch the announcement of a live finale between Batman and Superman inside.


InjusticeGame has revealed the finale of the Injustice: Gods Among Us Battle Arena will be live on Twitch TV on Monday (April 15) at 10 p.m. ET. The first DLC character will be announced on the stream. Celebrities and Injustice developers will also make live appearances. FightVG.com will post the live stream when it airs.
Posted by Fernando Quiles Jr.