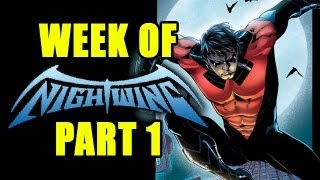 Maximilian has moved on from The Flash to pick up Nightwing for this week's Injustice: Gods Among Us ranked action. See how part one goes inside.

Nightwing has got Maximilian's attention. After posting five parts of his Injustice: Gods Among Us ranked matches with The Flash, Max has begun his week with Nightwing.

Max is just one of the many fighting game community stalwarts who has taken a liking to Injustice. Others include Arturo Sanchez, Chris G and Mortal Kombat 9 players such as Tom Brady and REO. The game has been gaining steam quickly.

Here's part one of his online play with Nightwing.