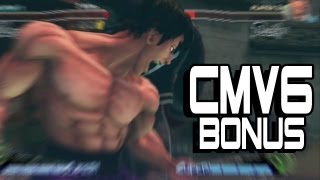 There are some combos that didn't make Desk's CMV 6. As a result, the Capcom game breaker has posted bonus Super Street Fighter IV: Arcade Edition 2012 combos. Watch them inside.

Desk made waves once again when CMV 6 was released showcasing some Super Street Fighter IV: Arcade Edition 2012 combos. There is more to it than just the original clip.

Since not every combo could fit in CMV 6, Desk put those combos in a bonus video. Below is over two minutes worth of extra damage.