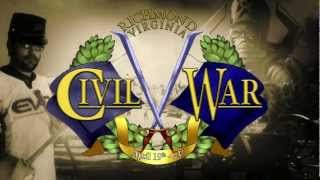 Another major event on the "Road to Evo 2013" is in the history books. Get the top eight results from each game inside.

The fifth Civil War tournament event has ended. Richmond, VA was the home of Civil War V, which took place this past weekend (April 19-21). A ton of players showed up to make statements in their respective games.

Titles such as Super Street Fighter IV: Arcade Edition 2012 (AE 2012) and Ultimate Marvel vs. Capcom 3 (UMvC3) were showcased. Injustice: Gods Among Us almost made its debut at a major tournament series.

In AE 2012 action, Chris G was finally able to break the glass ceiling and win a major tournament with Sakura. To do it, he withstood Dieminion who has what many consider to be the best Guile in the world. Chris G stood above solid competition that included Nuckledu, Min, Arturo "TS Sabin" Sanchez and others.

UMvC3 was just business as usual for Chris G. His team of Morrigan, Doctor Doom and Vergil once again surpassed all who opposed. At this point, many consider Chris G an outstanding favorite to take the Evo 2013 crown.

Injustice made its major tournament debut at Civil War V. Tom Brady and REO looked unstoppable but only one of them could be called champion after the grand finals were done. In the end it was REO who reigned supreme.

Here are results for each game (via SRK).