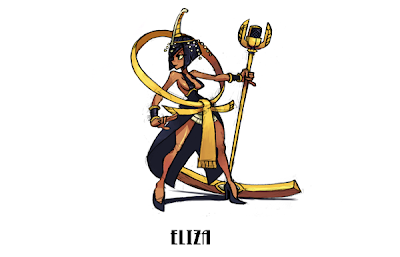 The first Skullgirls DLC poll has come to an end. A winner has been chosen and her name is Eliza.

Make way for the diva.

Lab Zero Games' first Skullgirls DLC character poll has reached its conclusion. The final characters that remained in the poll were narrowed down to four females. They were Aeon, Eliza, Annie and Minette.

In the end it was Eliza who most of the voters went with. The official Skullgirls Facebook page broke the news earlier today.

While it is subject to change, Eliza has nine gameplay inspirations (via Lab Zero Games). She can control your own blood, which stays on the stage allowing her to use it for certain specials and supers.
Posted by Fernando Quiles Jr.