Poll Results: Will You Purchase Injustice: Gods Among Us? 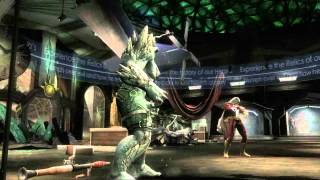 The results are in for FightVG's poll asking readers if they will purchase Injustice: Gods Among Us. Find out which option got the popular vote inside.

We asked and you responded.

FightVG asked readers if they planned on purchasing Injustice: Gods Among Us. After almost a week of voting, the poll has concluded. The majority of you say you will purchase the game.

Fifty-percent of those who voted chose "Yes." The amount of users who said they would skip on the NetherRealm fighter was 33-percent. Coming in third was the "Undecided" option, which earned 16-percent of the vote.