Infinite discovered in PS3 version of Injustice: Gods Among Us demo 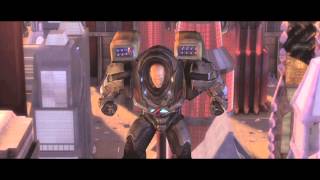 All is well in the Xbox 360 version of the Injustice: Gods Among Us demo. The PS3 version, however is a different story.

It's looks like there's a glaring difference between the PS3 and Xbox 360 versions of the Injustice: Gods Among Us demo. One has a Lex Luthor infinite, the other does not. The PS3 version carries the burden this go-around.

Those fearing the infinite will make its way to the retail version should put their worries to rest.

The PS3 version of the demo is outdated compared to the Xbox 360 version. NetherRealm corrected Luthor's infinite long before the game hit gold. While this infinite will not been seen on the final product, it is comical to watch.

Below you'll see Novriltataki demonstrating the infinite discovered on the Test Your Might forums.